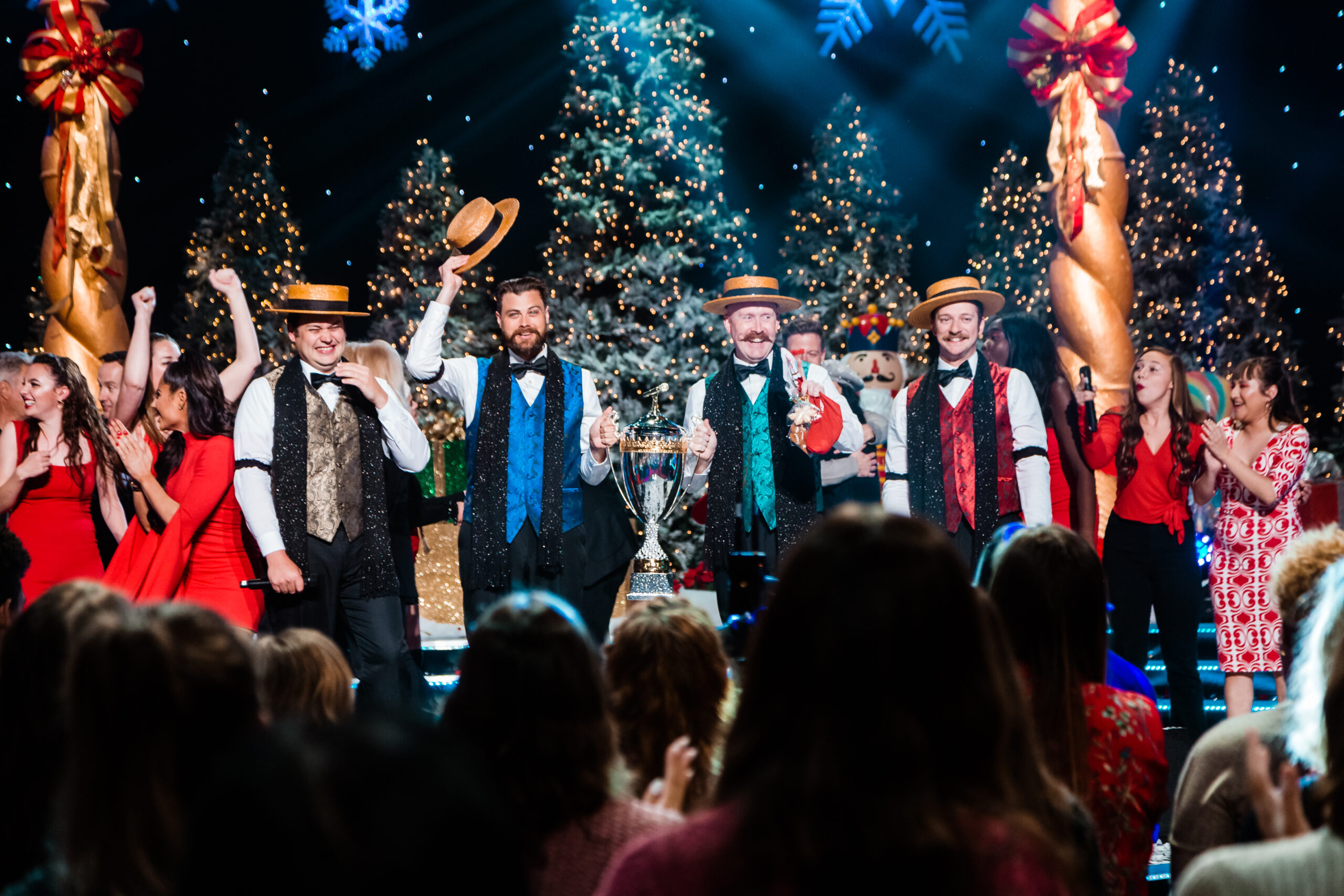 Bank of Harmony has been entertaining audiences since 2006. Since that time, they have been seen on national television competing on “America’s Got Talent”, as the winners of The CW’s “Christmas Caroler Challenge”, and appearing as guest artists on Spike TV’s “Caraoke Showdown” produced by Howie Mandel. They have also worked with and created content for FOX, Comedy Central, ABC, Google, and Sony Pictures Entertainment just to name a few.

These four harmonizers actually met singing on Main Street USA with the “Dapper Dans of Disneyland”, arguably the most famous barbershop quartet in the country. Between them, they actually have over 20 years singing with Disney’s famous quartet. Having been brought together to entertain for arguably the largest entertainment provider in the world, they certainly know how to put on a show!

Enjoy music from every decade and stories of four friends, brought together by music, rapidly becoming America’s next great musical sensation. Book today!

Bank of Harmony: The Looks